Michael Skipsey was the leading light in the new TMG line up in the Paul Simon Homes Masters Race at Hillingdon on Saturday.

Efforts in the 2nd half by John Lacey, Neil Wass and Eugene Rack saw repeated bursts of speed, but the bunch was ever watchful and their efforts were in vain.

With a deftly manoeuvred sprint in the finale, 'Skippy' nipped through a gap and was still accelerating at the end as he took 4th over the line. More pics over on our flickr photostream 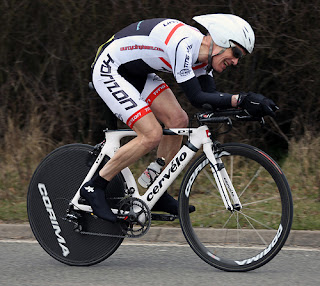 Tony May picked up the baton on Sunday and raced the Hainault Hilly TT over in Essex.

Despite an unshipped chain and a junction delay, he made the top ten with a time of 1:19:39

"Fairly pleased with that," he reported, claiming the temperature was "not too bad."

Looks like some pretty serious gloves were still needed though.